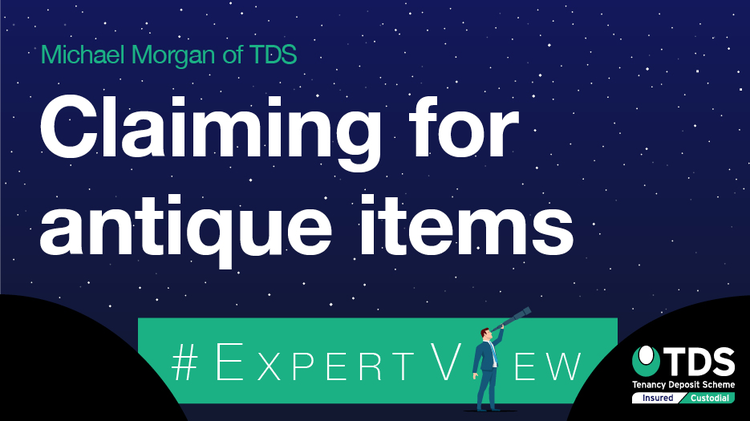 In this week’s #ExpertView, TDS’ director of dispute resolution, Michael Morgan uses the recently published May Adjudication Digest to outline best practice when antique or sentimentally valuable items are damaged.

Recently, a landlord submitted a claim against his tenants’ deposit for £345 for damage to an antique Edwardian mahogany corner chair.

The tenant argued that the chair wasn’t in pristine condition when they moved in and while the chair had been damaged during their tenancy, it had occurred through normal wear and tear and not through malice. They also argued that the landlords’ claim figure was based on sentiment and the valuation of the chair on the internet provided by the landlord varied from replacement estimates they had obtained from art dealers.

As the flat was let fully-furnished, the tenants also questioned the wisdom of the landlord keeping an antique piece of furniture there while tenanted.

When the claim was submitted to TDS, the check-in report was also provided which noted that the chair was not damaged at the outset of the tenancy. The claim also included an example of a replacement cost from an antiques’ website which was said to have been based on a similar type of chair.

When faced with the evidence, TDS’ adjudicators decided to award the tenant £195 and the landlord £150 of the disputed amount.

This took into account that due to the chair’s reported age, would have had some natural wear and tear, and deterioration in condition. The landlord seemed to base the claim on a webpage depicting a chair that was different, and research undertaken by the adjudicator showed other, similar chairs with lower replacement costs than that claimed.

This case has lessons for both landlords/agents and tenants.

For landlords and agents:
– think carefully about whether antique items that are either irreplaceable, costly to repair or hold sentimental value should be left in the rented property
– support any claim with a specialist person’s opinion/report
– ensure such items are recorded in detail at check-in, preferably with a supplementary photographs and for tenants to be placed on notice of antique items present in the property

For tenants:
– it is important to report any discrepancies found at check-in
– report any damage caused during the course of the tenancy
– consider asking for antique items of furniture being removed from the property.

You can read the full digest here.

About the Author:
Michael Morgan is the Tenancy Deposit Scheme’s Director of Dispute Resolution. Having trained as a solicitor, Michael has been involved in dispute resolution for over 20 years. His previous roles have included leading the consumer advice service for Hertfordshire Trading Standards; Michael was also the Chief Conciliation Officer for Qualitas, the Furniture Ombudsman, where he took a formative role in its transition to Ombudsman status. 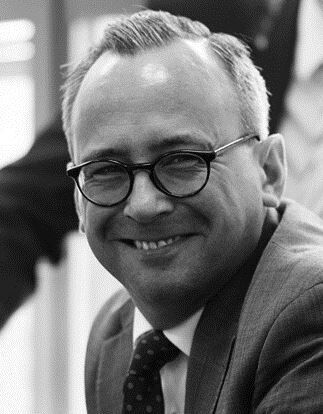 Michael joined TDS in 2006 as a Deputy Independent Case Examiner. He is now responsible for the overall management of its dispute resolution services and the quality of its adjudication functions. Michael has also led a number of key ‘behind the scenes’ innovations at TDS.
Michael has been selected as a judge for the UK Complaint Handling Awards 2017 complaintsawards.co.uk

About TDS:
Tenancy Deposit Scheme (TDS) is a government approved scheme for the protection of tenancy deposits; TDS offers both Insured and Custodial protection and also provides fair adjudication for disputes that arise over the tenancy deposits that we protect.

TDS can only comment on the process for our scheme, other deposit protection schemes may have a different process/require different steps. Content is correct at the time of writing.
These views are those of the author alone and do not necessarily reflect the view of TDS, its officers and employees.