Home»Blog»Case Study»The Adjudicator: An End of Tenancy Clean and Mi...

The Adjudicator: An End of Tenancy Clean and Missing Keys 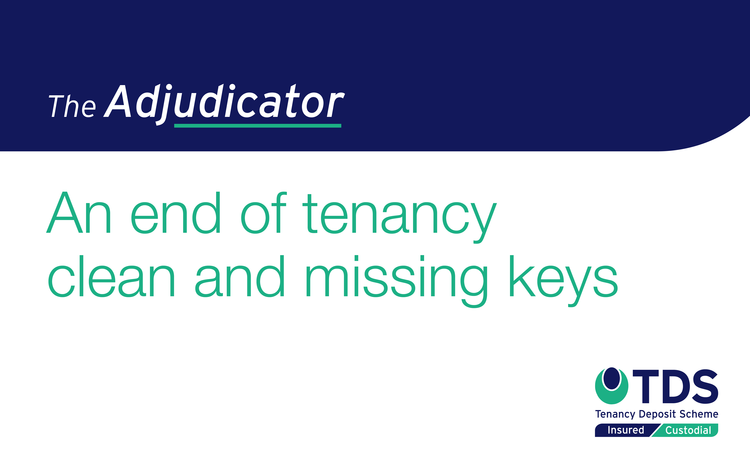 The landlords claimed for cleaning at the end of the tenancy, and a late departure charge for failing to return the keys to the agent’s office, at the agreed time on the date the tenants left the property.

The tenants disputed the cleaning claim saying that the property was not clean when they moved in, and that it was left cleaner at the end of the tenancy.

The tenants provided photographs taken at the start of the tenancy to support their position. However, on review, the

The check-in report provided showed the general standard of cleanliness of the property to be clean. While the tenant’s comments were noted, there was no evidence that the tenants either amended the check-in report to reflect their concerns or notified the agent or landlord of their dissatisfaction with the standard of cleanliness when the tenancy began.  The tenant’s photographs went more to the condition of various areas and items within the property and did not provide any useful level of detail as to cleanliness.

While the tenancy agreement required the tenants to vacate the property and return the keys no later than a specified time, and that failure to return the keys would result in an administrative charge, such a fee is not listed as a permitted payment within the Tenant Fees Act. Therefore, the charge was not permitted, and no award was made.

What are the key points here?