Home»Blog»#ExpertView»#Expertview: With cross-party backing the Gover...

#Expertview: With cross-party backing the Government must support loan plan 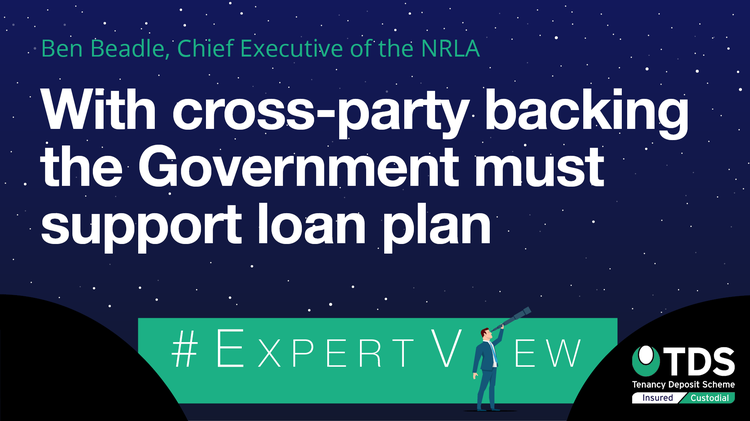 With cross-party backing and both tenants and landlords groups firmly behind the plans, now is the time for the Government to do the right thing and help struggling renters stay in their homes by providing a targeted package of financial support.

We outlined our calls for a new loan scheme to help tenants pay their rent in last month’s blog here. Since then politicians from all the major parties and homeless charities have thrown their weight behind the plans. Covid-19 has caused devastation across all areas of society and landlords have been doing what they can.

We know, from our own research and members’ stories we have shared with the media, that many landlords have come to arrangements with tenants struggling to pay rent as a result of Covid-19, with payments deferred and sometimes waived altogether. However, this is not sustainable long term. As a result, the NRLA has called for a targeted financial package to support landlords and tenants through these unprecedented times, a call that is now gaining traction in Westminster and beyond.

In debates in both the House of Lords and the House of Commons, representatives of all three major political parties have made the case.

In the Lords on October 13th Lord Flight (Conservative) called for “protection for landlords suffering as a result of Covid-19”, with Baroness Scott of Needham Market (Liberal Democrat) asking the Government to bring in a scheme similar to the hardship loans introduced in Spain.

In addition to this Crossbencher, Lord Carrington pressed the Government on protections for landlords from tenants that can afford their rent but are refusing to pay.

In an earlier debate on September 24th the Labour peer and former HCLG Minister Baroness Andrews also pressed the Government to consider a loan style system similar to that in Wales. Additionally in the Commons on September 23rd Tim Farron MP (Liberal Democrat, Westmorland and Lonsdale – HCLG Spokesperson) called for “a comprehensive package of financial support for those in arrears.”

In a Lords debate on the same day, Baroness Grender (Liberal Democrat) was one of a number of peers who addressed the issue, saying she backed the financial package proposed by the NRLA in conjunction with other groups representing tenants and letting agents.

Furthermore, the scheme also has the backing of tenants’ groups and homeless charities, including Shelter and Crisis who said the Government is facing a ‘one-off opportunity to provide emergency relief to renters most in need’ that must not be missed.

Loan schemes have already been adopted in both Scotland and Wales to support those not in receipt of benefits but who have struggled where they have faced a drop in income due to the furlough scheme or because of a cut to their working hours.

However, our plans here at the NRLA are not limited to loans. We also want to see significant changes to the benefits system to make it easier for tenants claiming benefits to pay their rent.

This should include increasing the Local Housing Allowance to cover average rent, boosting the funds available to councils as part of Discretionary Housing Payments and suspending, for 12 months, the Shared Accommodation Rate for those under 35.

The Housing Minister has pledged to keep policies under review. However, we would like to see a firm commitment from the Government to reassure landlords and tenants that they will not be abandoned in their hour of need.

I know that landlords are resilient and they are dynamic.

Time and time again we have seen examples of landlords going above and beyond to support and protect tenants during the pandemic. However, this cannot go on forever and for some the situation is already critical.

The Government has been quick to support wages and businesses, now it must step up to protect people’s homes and we will continue to lobby ministers at the highest level to let them know just how vital this is.

To add your voice to the campaign for a comprehensive package of financial support for the Private Rented Sector (PRS) visit the NRLA campaign page here.

NRLA members can protect tenancy deposits with the award-winning Tenancy Deposit Scheme (TDS), at the click of a button, via the NRLA dashboard by using DepositGuard today.