Home»Blog»#ExpertView»#ExpertView: Possession grounds to be strengthe...

#ExpertView: Possession grounds to be strengthened as end of Section 21 nears? 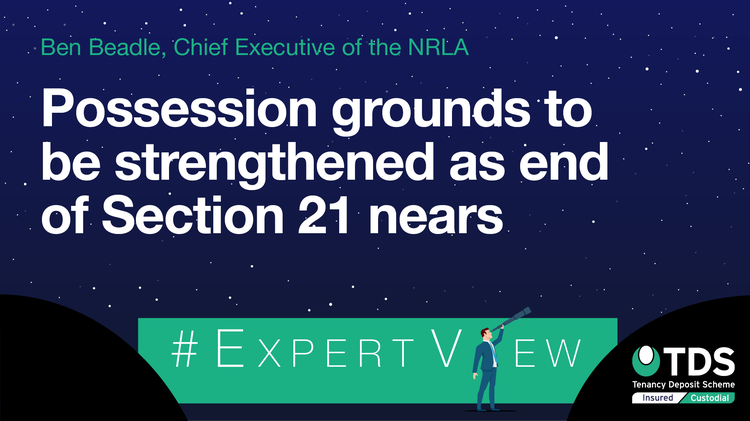 NRLA chief executive Ben Beadle gives his view on the announcements in this week’s Queen’s Speech as the Government recommits to the abolition of Section 21.

New and stronger grounds for rent arrears and reduced notice periods were among the headline pledges for the PRS in the Queen’s Speech.

Reiterating its commitment to ending Section 21 repossessions, the government promised to strengthen possession grounds to reassure landlords that they will be able to repossess their property swiftly and efficiently.

The NRLA has been campaigning on this issue for some time and welcomes the government’s acceptance of the need for enhanced grounds for possession – particularly regarding the challenges of persistent rent arrears and antisocial behaviour. Paying rent should never be seen as an optional extra, and we are glad that government agrees.

But while the government has once more confirmed Section 21 will go, its replacement will be discussed in a white paper due to be announced in the coming weeks.

Landlords must retain the right to repossess

Since Ministers made the announcement back in 2019, the NRLA has stressed that landlords must retain the right to repossess their properties where there is a legitimate reason to do so if they are to continue to have confidence in the sector.

Without protecting these rights, the government risks a mass exodus of landlords from the sector, which could have a disastrous impact on the supply of homes to rent that the country so desperately needs.

Housing Minister Eddie Hughes has confirmed to me, in person, that landlords and other stakeholders will have the opportunity to respond to these proposals in the White Paper before any new legislation is brought forward.

In addition to the abolition of Section 21 the government made a series of other pledges that will affect the sector. These included plans to:

The NRLA has already developed its own proposals as to what the new Decent Homes Standard should look like and has already discussed with government officials in both DLUHC and the Downing Street Policy unit. We will be publishing our proposals in the coming weeks.

We are also trialling our own pilot redress scheme to help landlords and tenants resolve disputes without going to court. We are also in talks with Ministers asking for further detail on the property portal plan before we formulate an official response.

NRLA campaigns for landlordsWe welcome the news that the government has listened to our advice on reform and will continue our robust campaign for landlords’ rights to be given equal consideration to those of tenants.

I would encourage all landlords out there to get involved, to ensure our voices are heard. Keep an eye out for more from the NRLA over the coming weeks and months about how you can do so. There has never been a more critical time to be part of NRLA – so if you’re not, come and join us and get your voice heard.