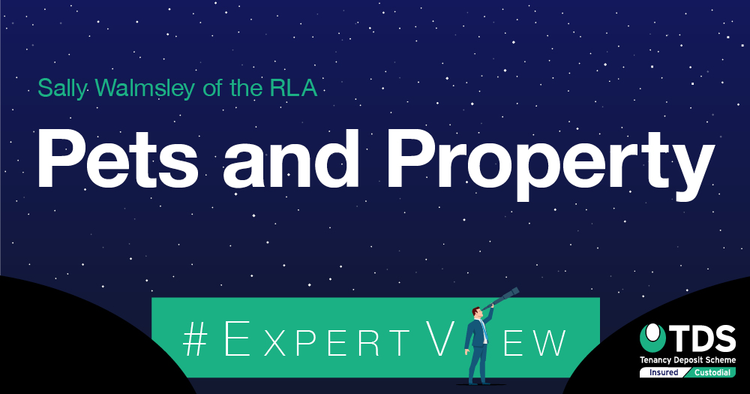 The question of pets in rental homes is an emotive and complicated one. In this article, Sally Walmsley, editor of RLA’s RPI magazine, looks at the recent Labour Party proposal on pets in rental properties.

Renters want the right to keep pets, just as they would as homeowners, whereas many landlords are reluctant due to concerns about potential damage to their property, anti-social behaviour (such as a dog barking late at night) and even allergy considerations.

Last month the Labour party announced proposals to award tenants the right to keep pets in rental homes as a default – the only exception being evidence that a pet would be a ‘nuisance’.

While this sounds like good news for pet owners struggling to find a home for themselves and their animals, it is not necessarily so for landlords.

In the wake of last week’s announcement, the RLA has written to Shadow DEFRA Secretary, Sue Hayman MP, asking for more information to flesh out what is actually being proposed.

We want to know:

Work carried out last year by the RLA’s research arm PEARL found that 36% of almost 3,000 landlords questioned said they accept tenants with pets.

On top of this, recent research from property management company LSL showed that tenants with animals are in fact willing to pay more rent. The survey showed ‘permission for pets’ was top of the wish-list for tenants when it came to ‘extras’ they would be willing to pay a premium for – somewhat surprisingly beating high speed internet to the top spot.

In total 28% of the 3,290 tenants interviewed said they would be willing to pay more for this – £24 a month more, to be exact. This extra rent would potentially help cover any damages or other issues relating to the pet, but landlords would not be able to charge this premium if all were forced to accept animals.

Landlords who take pets also tend to charge larger deposits, so there is also a question of how such a change in legislation would dovetail with the proposed deposit cap put forward under the Draft Tenant Fees Bill.

There would need to be assurances that any pet would be appropriate to the properties – for example, Great Danes and studio flats might not be the greatest pairing!

Following last year’s research report David Bond, Director and Head of Private Rented Sector at LSL, said such was the interest in tenants looking for home with permission for pets, a colleague was looking at ‘pet referencing’ – whereby pets could be rated on their behaviour in rented homes.

Whether anything comes of Labour’s plans (they are currently in opposition after all) we believe the party needs to provide clear answers to the important questions we are asking if landlords are to have any confidence in this suggested policy.

Will they be able to convince landlords this is a well thought out and coherent policy?

Sally Walmsley is the Communications Manager for the Residential Landlords Association (RLA) and Editor of Residential Property Investor magazine.

With 16 years’ experience writing for regional and national newspapers and magazines she works closely with the policy team, writing articles for the national, regional and trade press on behalf of the RLA, as well as promoting its work through the association’s news site and social media channels. She also writes and edits the RLA’s members’ magazine Residential Property Investor.

RLA has over 30,000 members nationwide, with a combined portfolio of over a quarter of a million properties. Home to a growing community of landlords, the RLA delivers day-to-day support, expert advice and government campaigning, plus a range of high-quality services relevant to their landlord’s needs.

TDS has partnered with the RLA to bring you DepositGuard which offers RLA landlord members deposit protection at discounted rates.

Tenancy Deposit Scheme (TDS) is a government approved scheme for the protection of tenancy deposits; TDS offers both Insured and Custodial protection and also provides fair adjudication for disputes that arise over the tenancy deposits that we protect.