#ExpertView: Demand for rental homes means the PRS landlord is here to stay 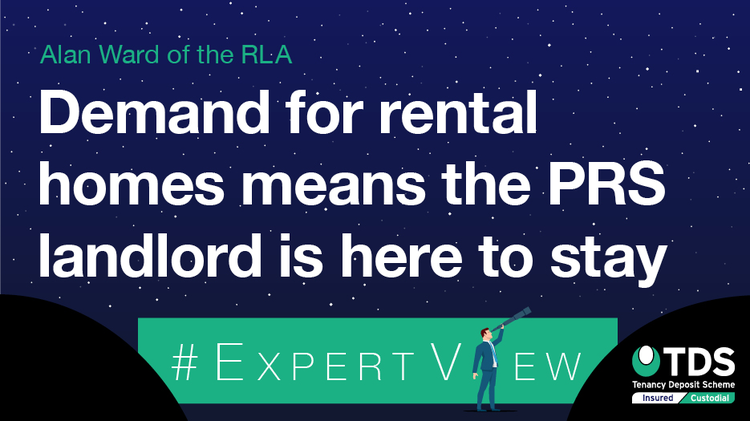 In this week’s #ExpertView blog, Alan Ward, Chairman of the Residential Landlords Association (RLA) discusses the taxation requirements for landlords and the increasing demand for homes in the private rented sector (PRS).

There is no doubt it is tougher than ever to be a buy-to-let landlord these days.

A combination of tax changes and increasingly strict regulation is making it an increasingly challenging landscape.

Landlords were left reeling in 2015 when George Osborne, as Chancellor, announced plans to restrict Mortgage Interest Relief to the basic rate of income tax and introduce a 3% Stamp Duty levy on the purchase of new homes to rent.

The full impact of the decision to tax landlords on turnover rather than profit is yet to be felt, with the scheme being phased in over a period of years through to 2020.

While this change does not affect landlords without mortgages on their properties, the Government has been accused of ‘moving the goalposts’ by those who had carefully planned their investments in line with previous legislation.

Such tax and regulation changes have seen many landlords report that they will not be investing further or are considering selling off homes, and while this is no doubt true for some moving forward, the figures tell a different story.

Demand is increasing at a furious pace.

Already, one in five households now lives in the private rented sector, with fellow TDS partner organisation, the Royal Institute of Chartered Surveyors (RICS), predicting an additional 1.8 million homes to rent will be needed by 2025 – a 38% increase.

And with increasing numbers of families and elderly people looking to rent homes, what we need are more landlords, not fewer.

Despite the Government’s fixation with corporate investors and build-to-rent, all the evidence shows that it is extremely unlikely they will be able to create enough homes to meet increasing demand across the board.

While build-to-rent is on the increase, figures from the RLA’s research arm PEARL show it accounts for just 2% of the market.

Since 1999, the number of households in the private rented sector (PRS) has increased by 126% to 4.8 million, with more than 90% of all new households created since the coalition Government came to power in 2010 is privately rented, according to the Government’s own figures.

So, what of the Government’s taxation policies?

When George Osborne announced the tax changes affecting landlords, he said it would ‘level the playing field between landlords and owner occupiers’.

However, the Institute for Fiscal Studies noted that landlords are not now, and never have been, taxed more favourably than homeowners.

The RLA believes that if the Government wants to see continued investment in new homes to rent and encourage housebuilders to increase construction levels, then rather than taxing new homes, it must introduce smarter, pro-growth taxation that recognises the rental market as a crucial part of addressing the housing crisis.

Indeed, earlier this year, housebuilder Berkley said the landlord market is vital when it comes to getting houses built as they “buy early in the cycle and provide security of cash flow to enable complex, capital-intensive developments to be brought forward.”

It said the changes to the way landlords are taxed is the reason it is not increasing housebuilding.

Landlords ask for nothing more than a fair deal from the Government – clear, practical and workable legislation, reducing the regulatory burden on responsible and professional landlords to create a healthy and robust private rented sector for the benefit of all.

About the author:
RLA Chairman Alan Ward has been a landlord and residential developer since 1993 with properties in Manchester and Devon. 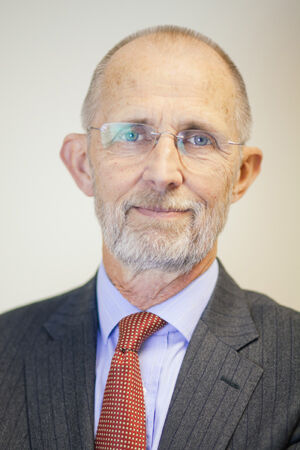 He has a business background in public relations, marketing and IT and led the team which founded the RLA in 1998.

About the RLA:
The RLA aims to make renting better by going the extra mile to ensure it has informed, better educated and more supported community of landlord members. It has been fighting on behalf of landlords for 20 years and now has over 30,000 members nationwide.

The RLA offers landlords day-to-day support and advice, government campaigning and other services for its members.

About TDS:
Tenancy Deposit Scheme (TDS) is a government-approved scheme for the protection of tenancy deposits; TDS offers both Insured and Custodial protection and also provides fair adjudication for disputes that arise over the tenancy deposits that we protect.