Home»Blog»#ExpertView»#ExpertView: Call for Clarification on Cladding

#ExpertView: Call for Clarification on Cladding 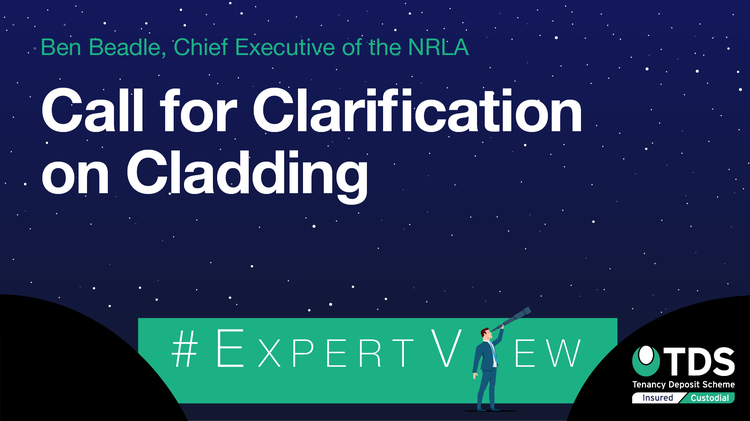 Following the announcement that leaseholders will not have to pay to fix unsafe cladding in medium rise buildings, NRLA chief executive Ben Beadle has called for Government assurances that landlords will be eligible for support.

News that leaseholders will no longer face bills for remedial works – as announced by Michael Gove earlier this month – is most welcome. However, the NRLA is now asking for assurances from Government that individual landlords will be treated in the same way as owner-occupiers.

Making his announcement, the Secretary of State for the Department for Levelling Up, Housing & Communities guaranteed that no leaseholder ‘living in their own flat’ will have to pay to fix unsafe cladding.

This begs the question, what about landlord leaseholders?

Their position is somewhat ambiguous in the context of this statement, which is why I have written to Michael Gove requesting urgent clarification on the issue, and asking for assurances that individual landlords renting out single apartments in blocks of flats will be included in the exemptions.

I will also be raising the issue with the Levelling Up, Housing and Communities Select Committee on Monday when I will be giving evidence as part of its building safety inquiry.

From discussions with Government officials, we at the NRLA understand that having ended the proposal for loans for leaseholders to pay for remedial works, grant support will be first targeted towards owner-occupiers.

However ministers have confirmed this week that no decision has been made on whether financial support will be extended to buy-to-let landlords We believe this to be unfair and that, as leaseholder landlords have faced exactly the same issues as those owning and living in their flats, they should be treated in the same way.

In the letter, I point out that the majority of landlords are individuals and not property tycoons with vast portfolios and disposable income, with 70% basic rate taxpayers.

I also point to the Government’s own figures, which show:

Of course, it is not just a question of what is ‘fair’; there could also be practical implications if the Government insists on treating landlords differently.

In all, 45% of landlords have a flat or apartment to let as part of their portfolio, and the vast majority of these apartments will be in mixed-use buildings, made up of homes both for rent and those which are owner-occupied.

If the Government exempts landlords from this package of financial support, it could significantly slow down or stall the very repair works the Government is committed to seeing happen.

The announcement that the developers will need to foot the bill for the remedial works to these properties high is a huge step forward after years of debate on the cladding issue.  What we want now is an assurance that this will be a step forward for all.

To find out more about the NRLA and how to join visit www.nrla.org.uk/join