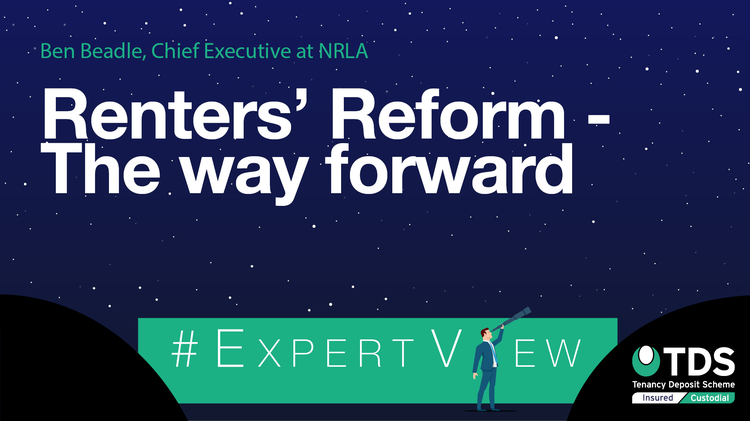 With Renters’ Reform set to climb the political agenda in 2021, NRLA Chief Executive Ben Beadle reveals the association’s proposals for a new system that would protect landlords while allowing Government to keep its commitments to renters.

With the roll-out of vaccines – we hope – heralding the beginning of the of the end of the pandemic, we look forward to what 2021 could hold for landlords, with renters’ reform at the very top of the list.

The announcement of the Renters’ Reform Bill, including plans to abolish Section 21 repossessions, also promised to strengthen the grounds under which landlords can repossess, with valid reason.

And while plans have been put on hold during the Covid response, Ministers have continued to stress the changes will happen, while resisting pressure from tenants’ groups to bring the plans forward in response to the pandemic.

We have always been clear on this issue.

It is vital to us that landlords’ voices are heard during the decision-making process and that no moves are made to abolish the current repossessions system without a fully functioning replacement.

With this in mind we have launched our own proposals, which have been submitted to Government, outlining a new deal for rented housing and addressing the concerns of a number of landlords over their ability to keep control of their property and repossess should they need to.

This is why our proposals – developed in conjunction with landlords, partner organisations and senior members of the judiciary – focus on working together to keep responsible tenants in their homes, while retaining the ability to repossess where there is legitimate reason.

The submission includes a clear and comprehensive list of grounds upon which landlords may legitimately regain possession of their properties.

These include circumstances in which the landlord or a family member want to move into the property, they want to sell it or carry out major renovation works.

A full list of all the proposed grounds and their conditions can be found here.

Both landlords and tenants would be able to access help and advice from the service which would focus efforts on helping them come to an agreement without needing to go to court.

This would avoid the stress, cost and lengthy waits involved in taking cases to court.

Once an agreement is reached there would be legally binding consequences for either party should they breach it.

Landlords breaking the terms would be banned from being able to repossess the property on the same grounds for six months.

Should there be a breach by the tenants, the case would be fast-tracked through the courts.

The concept of a ‘lifetime deposit’ system – by which tenants can pass on their deposit between tenancies, rather than trying to raise a ‘second deposit’ when moving – was an idea first mooted by the NRLA, and something we are supportive of.

However, we have stressed in our submission it is vital that any new system doesn’t discourage landlords from making claims where their properties have been damaged, or leave them out of pocket when deposits transfer.

We have made it clear that landlords cannot be expected to give up their right of recourse to a security deposit until such time that they are satisfied there will be no need to make a claim against it.

Tell us what you think

We believe our proposals can bring about a fundamental reform of repossession rights while striking the balance between the needs of both landlords and tenants.

The over-riding aim of our proposals is to sustain tenancies wherever possible or where that isn’t possible, to bring them to an end in a collaborative way.

In the meantime we would like you to get involved in our campaign.

We want to know what you think about the work that we are doing and we’d ask you to give us your feedback and spread the word via social media.

We also look to share landlords’ stories to showcase real life examples of the challenges landlords face, so if you have a story to tell, please get in touch.

It is important Ministers know there is support for our approach from landlords on the ground.

It is in all our interests to keep tenants in their homes where possible and we need to show we are willing to engage to ensure these reforms are ones that will work for landlords and tenants alike.

NRLA: The NRLA updates landlords on all the latest legislation changes affecting the sector and offers expert advice, training and other exclusive services and benefits