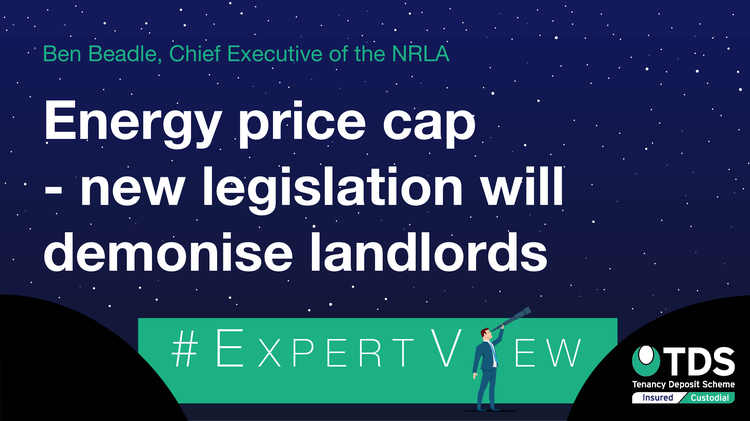 NRLA Chief Executive Ben Beadle on the needless conflict being created by Government plans to force landlords to hand over energy cash to tenants – regardless of who pays the bills.

The cost-of-living crisis is biting across the board, with energy, food and fuel bills all soaring.

While the government announced the 80% rise in energy prices for consumers will not go ahead as planned on October 1, prices are still set to rise, nearly doubling from last winter.

Government measures to mitigate the impact of the changes include a £400 discount on energy bills, which will be paid in six monthly instalments to between October and March.

An estimated 585,000 tenants have bills bundled in with their rent, around 13 per cent of all private renters and as their landlords are the bill payers, as things stand, they will benefit from the discount.

However, the government has now said it plans to pass legislation which will force landlords to give this cash to their tenants.

While this is all well and good in cases where landlords have already increased rents to cover higher energy bills, however it is unfair on those who have not, and are taking the ‘hit’, footing the higher bills themselves to avoid raising tenants’ rents.

We have contacted the government to say the move is unnecessary and will only serve to demonise landlords, suggesting we can’t be trusted to do the right thing and creating needless fear and anxiety for tenants.

By planning to legislate on this issue the government is using a sledgehammer to crack a nut, not least as the first of the rebate payments have yet to be made.

And there is a bigger issue at play here.

While the financial support is welcome, the reality is that one-off pots of money like this cannot compensate for the fact that the benefits system is systematically failing to protect the most vulnerable tenants.

At a time when households’ finances are being squeezed, it makes no sense to have frozen housing benefit rates.

Our argument is clear. The energy rebate is specifically designed to cover increased energy costs, and if the landlord is footing these bills and has not increased the rent to cover them, they should be entitled to support, as would any other bill payer.

Where rents have been increased in line with the originally proposed price cap, then landlords should be passing on the saving to their tenants.

It’s important to remember that targeted support will still be available for the most vulnerable tenants, to help with their bills.

We have contacted ministers to object to the proposals. In the meantime we would encourage landlords to get in contact with their tenants to discuss their concerns about energy bills and discuss ways in which they may be able to reduce their energy usage, or claim any additional support they might be entitled to.

We would also advise landlords and tenants to supply meter readings to their energy suppliers on September 30, to ensure all gas and electricity used up to and including that date is billed at the cheaper rate before the new charges come in on October 1.

For more information on the new energy cap and what it means click here.