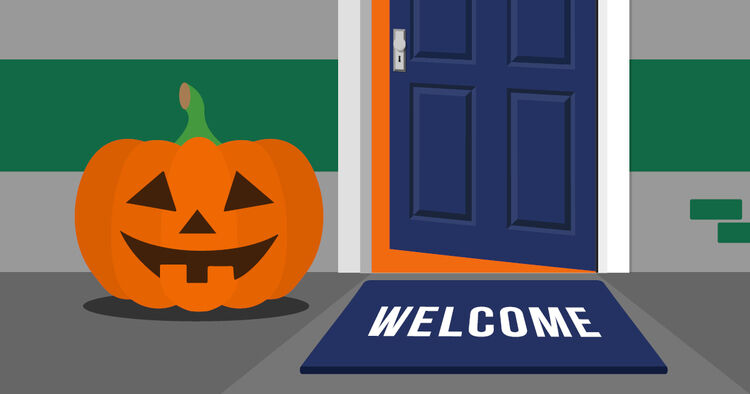 Here are some horror stories where landlords lost a claim from a tenant’s deposit:

Now you see me now you don’t…

In our first tale, a landlord prepared their own check-in report, referring to a new Bosch washing machine. A near new Bosch washing machine was present at the end of the tenancy. The problem? The landlord said the machine left was a different, cheaper model. The adjudicator could not accept the landlord’s claim. Without evidence to show what model was at the property at the start of the tenancy, the adjudicator could not conclude whether or not the same model was left at its end.

It’s a good idea to include details of make and model for appliances in inventories and check-in reports. Remember too that invoices for appliances can be useful evidence to show make, model and cost – ideally with delivery details showing the date of delivery/installation and the tenancy property address.

I can’t get that horror-ble stain out!

Our next case concerns a stain on a sofa at the end of the tenancy. The landlord claimed the cost of replacement because the stain could not be removed. They also argued that reupholstering the affected area was not economic compared to the sofa’s cost. The tenant admitted causing the stain but argued in their defence that the sofa was not treated with a stain repellent. As the stained sofa was brand new at the start of the tenancy 6 months earlier, the landlord produced an invoice for a replacement sofa as evidence.

The tenant’s argument about stain repellent was not a defence to the landlord’s claim. The adjudicator was faced with a choice of awarding either cleaning costs, a contribution to replacement costs (allowing for fair wear and tear), or making an award of, say, £50.00, to reflect the damage. They accepted that the latter was not appropriate, but had no evidence to show that cleaning was not possible. The adjudicator awarded only the cost of cleaning.

When faced with this problem, landlords need to show that cleaning (which is usually a less expensive solution) is not possible before an adjudicator can make an award towards replacement. This could be done with a written opinion from a professional cleaning contractor stating that they do not consider cleaning is possible. Alternatively, attempting cleaning to show it did not work is good evidence too. Both show that a landlord has considered the most economical solution – as they are duty bound to do – before claiming more. Where a landlord incurs the cost of failed cleaning, the adjudicator can award that amount as well as a contribution to the cost of replacing the damaged item.

The case of the missing deposit clause

Our last horror story concerns a landlord who made claims against the tenant’s deposit for cleaning, damage and redecoration. They had good evidence including a well prepared check-in and check-out report, estimates for the cost of making good, and invoices to show the age, cost and quality of affected items. Having accepted all of the claims were entirely justified, the adjudicator was still unable to award any of the deposit to the landlord. The reason? The tenancy agreement referred to the tenant having paid a £1,000 deposit, but did not have a clause setting out what the deposit could be used for at the end of the tenancy. Because the tenancy agreement did not say that the deposit could be used to pay for cleaning etc, it had to be returned to the tenant. The landlord was convinced that the payment of the deposit alone was enough, since it was obvious what the deposit was for.

It surprises us that we still see tenancy agreements without this vital deposit use clause. Make sure you check your tenancy agreement, and also look at the clauses we recommend on our website.

The moral of these stories is that all of these landlords could have made successful claims from their tenants’ deposits with some simple steps, such as checking their tenancy agreements and check-in reports; and the approach they made to deposit deductions at tenancy end. Check out the TDS website for a wealth of guidance on this and other topics. Alternatively why not come to the TDS Academy for these and other top tips.